As I mentioned in my last post, on the 4th July my friend and I joined two challenges in our local gym; one was to cycle 75km a week to make 350 in the month, and the other was to log five 40m workouts a week; but we were combining them, cycling 15km in 40m five times a week. We started late and missed the first four days so I don’t think we’ll qualify for the challenges, especially as we had busy weekends and didn’t make it to the gym, but it’s good tracking our progress anyway. On the first day I cycled 17km, barely, in the 40 minutes. Today I broke my ‘speed for doing 10km’ record, had cycled more than previously at the 30 minute mark, and managed 19km overall (in 41 minutes). Yay!

I also took the same friend up to our local nature reserve day before yesterday, as she’d never been there before. We had a brief ~2km walk around one of the shorter trails, last thing in the afternoon before they closed, and made a plan to gradually work our way up to doing the huge 7 hour trail that skirts the peaks of the mountains. Today we went back and hiked the 4.4km Caracal trail; one part of the route is on the longer 6km Protea trail that’s a more difficult one, and it was CRAZY STEEP in places but we survived and made it back for ice cream! It took us about 1h 30m to hike just over the 4.4km.

Inspired by our conquering of the CRAZY STEEPS, we’re going back tomorrow morning to tackle the Protea trail. It’s a cooler day tomorrow (light rain, as opposed to today’s 25C full sunshine), and we’ll be going earlier in the morning – right when the park opens, at 7:30am , because I need to make sure I’m back home in time to go to the city in the afternoon. Argh!

I’ll update on how that went tomorrow, but here are the photos from today’s hike. 🙂 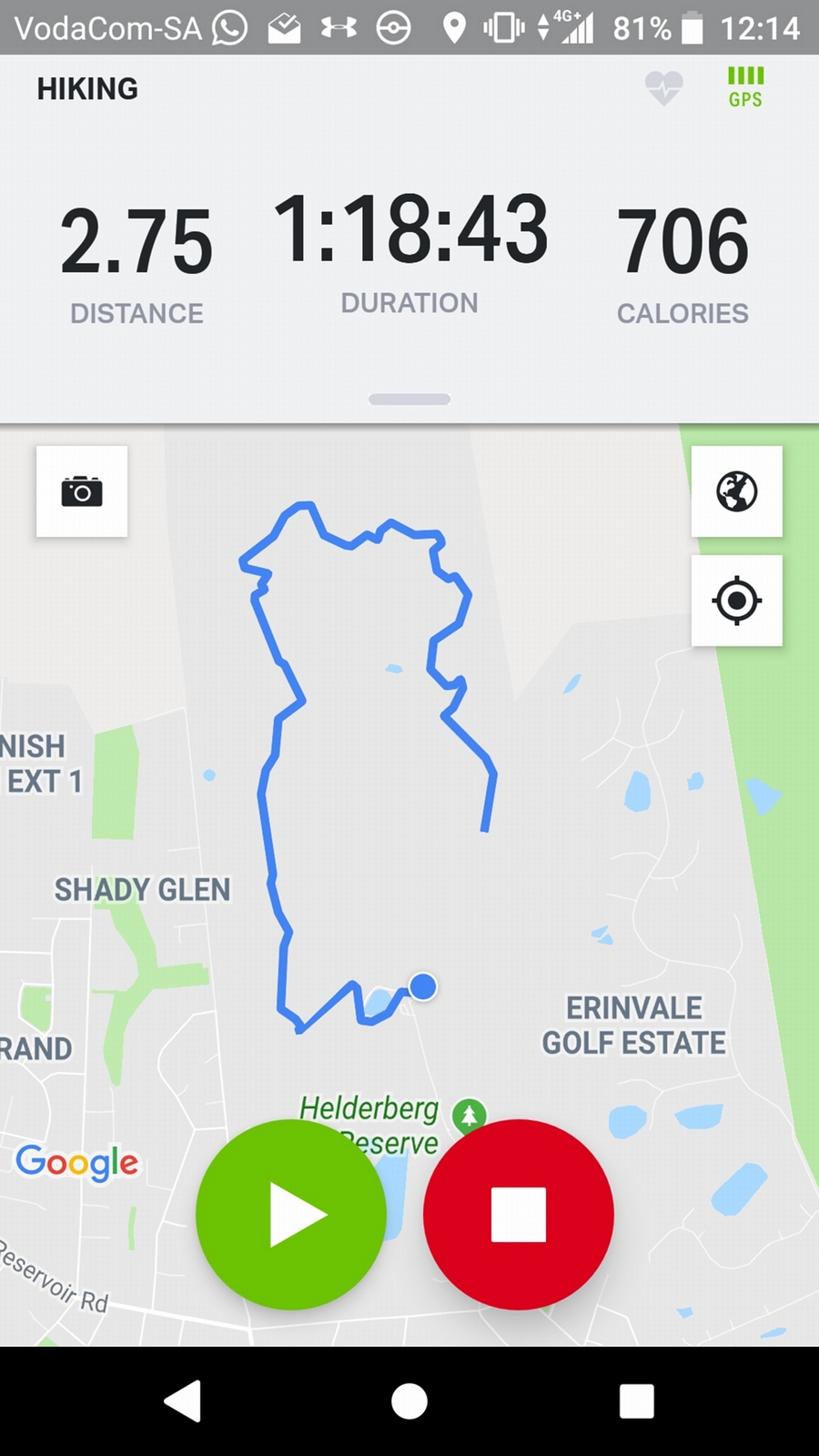 (Actually started where it finishes, I forgot to turn the tracker on)

No comments yet
exercise helderberg