We went here today – http://www.cheetah.co.za/default.html . It’s moved from a place about an hour away from us, to a place about 10 minutes away from us. We’d never been to the other place but when I saw a cheetah sanctuary so close, we had to go 😀

We were intending to have ‘encounters’ with a cheetah and the bat-eared foxes, but the foxes were having a day off encounters. Fortunately, much to my elation, they had some meerkats that they were doing encounters with. WOOT.

So for perspective, when I was studying Animal Science, I did my dissertation on meerkats and my thesis on big cat husbandry – yet had never ‘encountered’ either. Today I got to stroke a cheetah and cuddle (yep, cuddle!) with a meerkat. It was a big deal for me.

Their new location backs onto a lake/wetlands area. There’s a ‘nature walk’ going around there that I’d like to take the camera to some time, but we didn’t do it today. 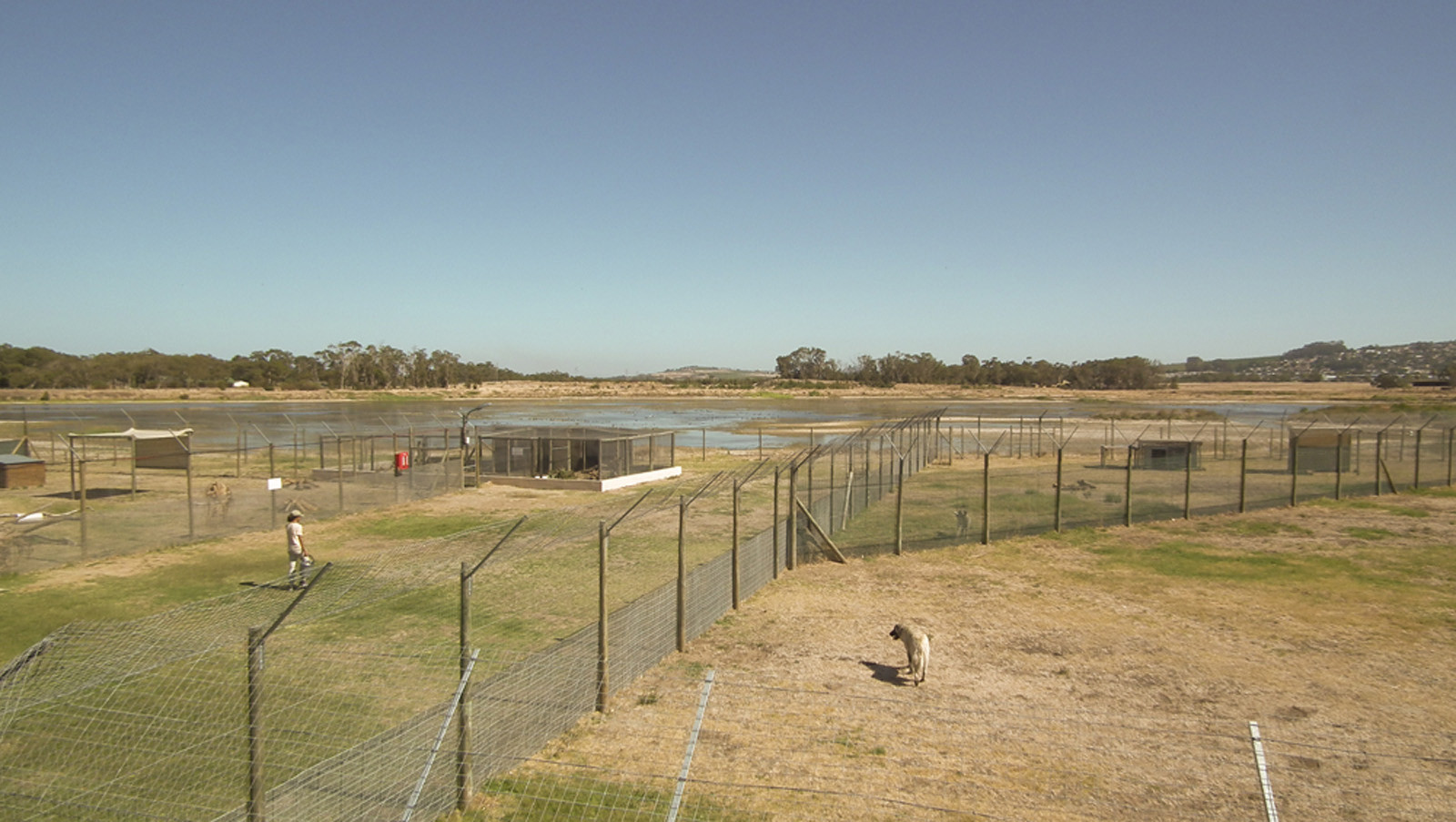 Looking towards the front of the enclosures, it’s a really nice area with lots of trees out front and big enclosures. They have a ‘running’ area too where they exercise the cheetahs. 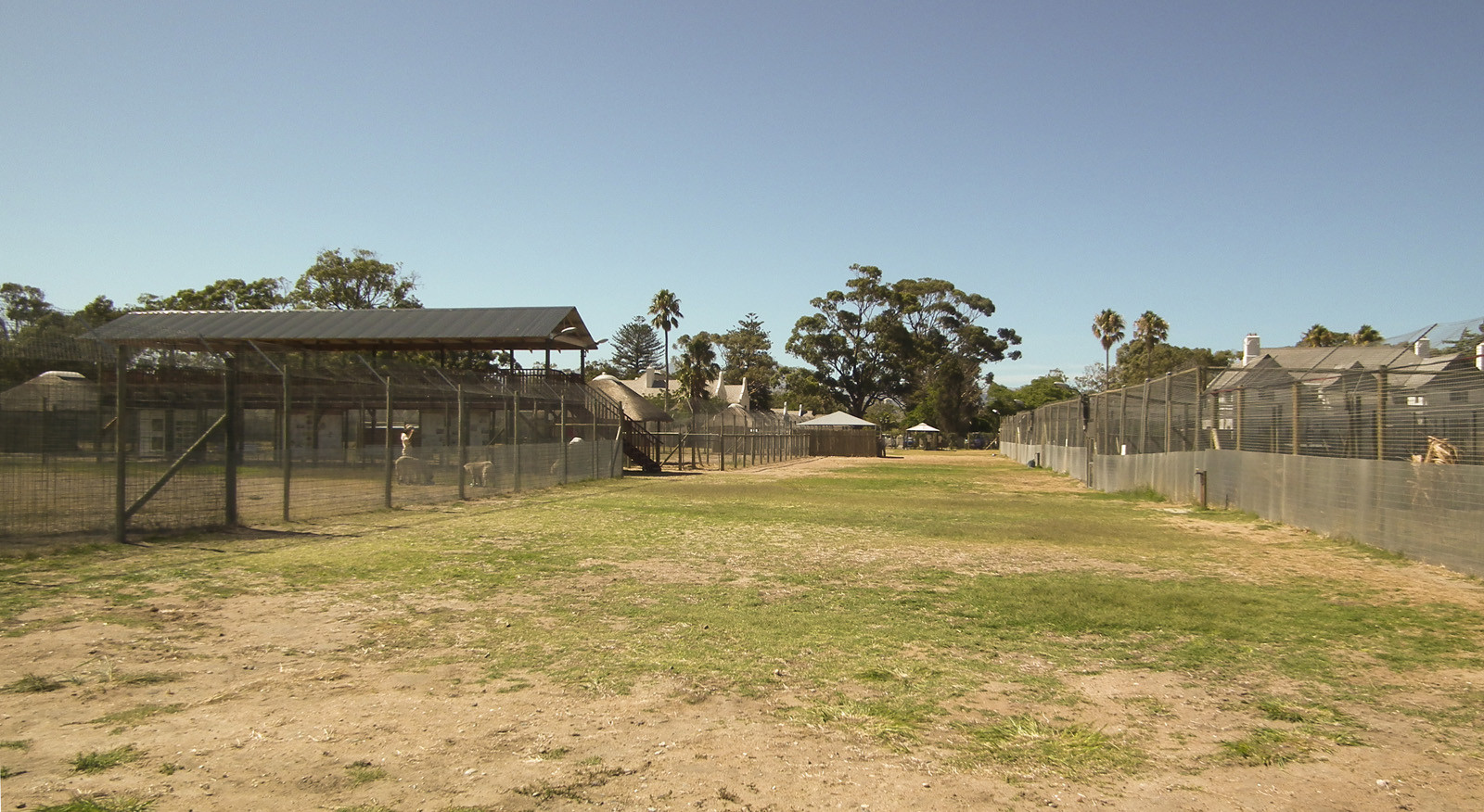 The cub enclosures (the cubs were about to get fed); 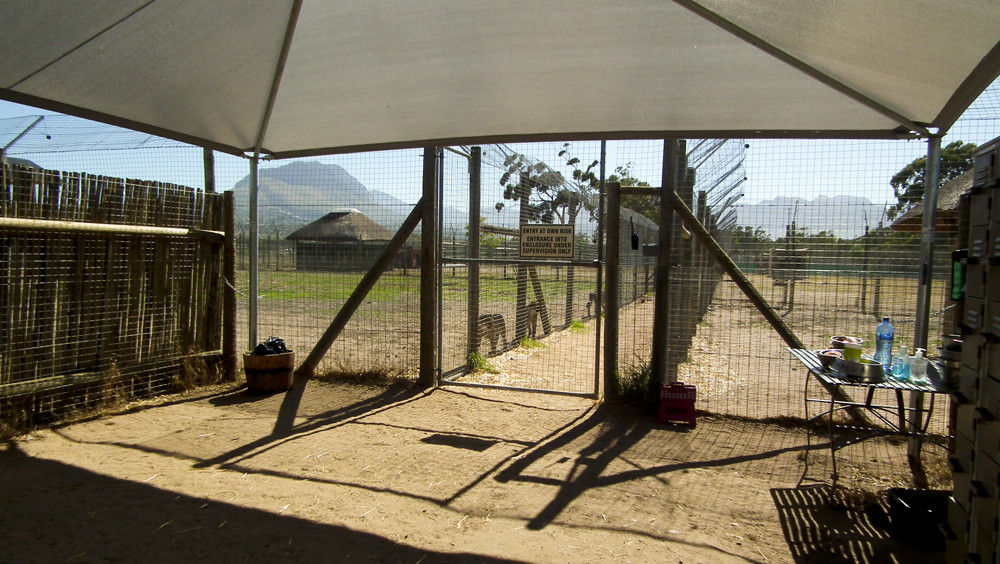 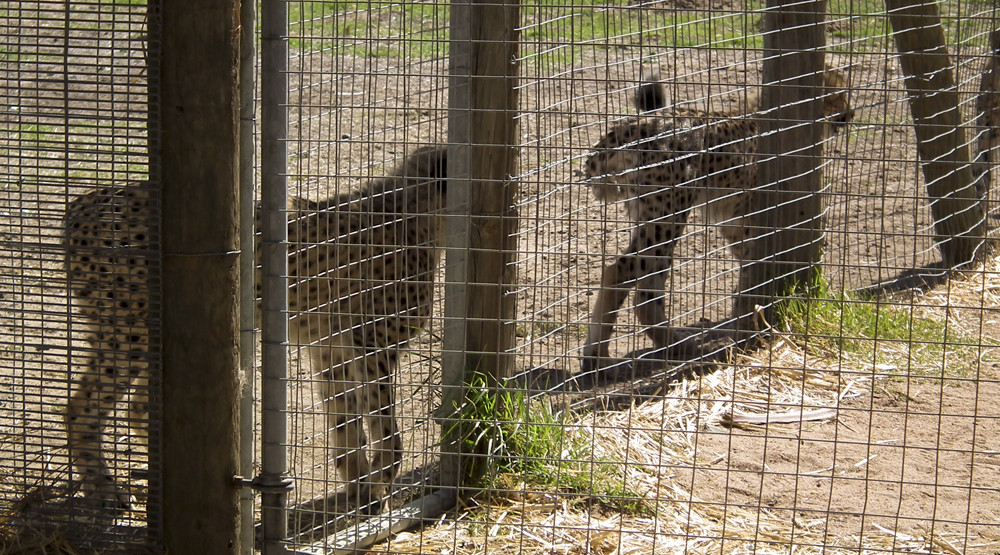 A serval hiding in the shade: 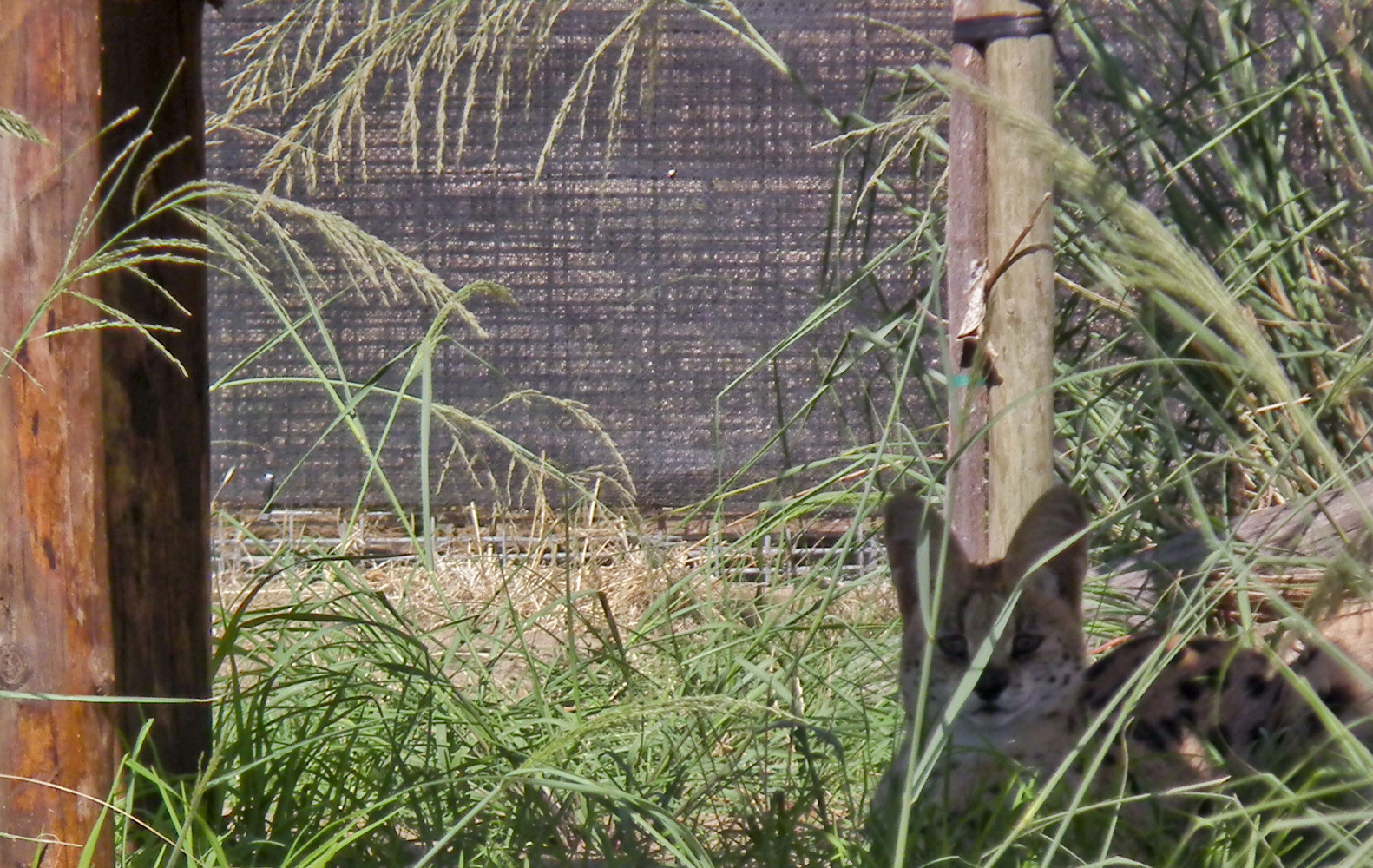 A caracal, also about to get fed: 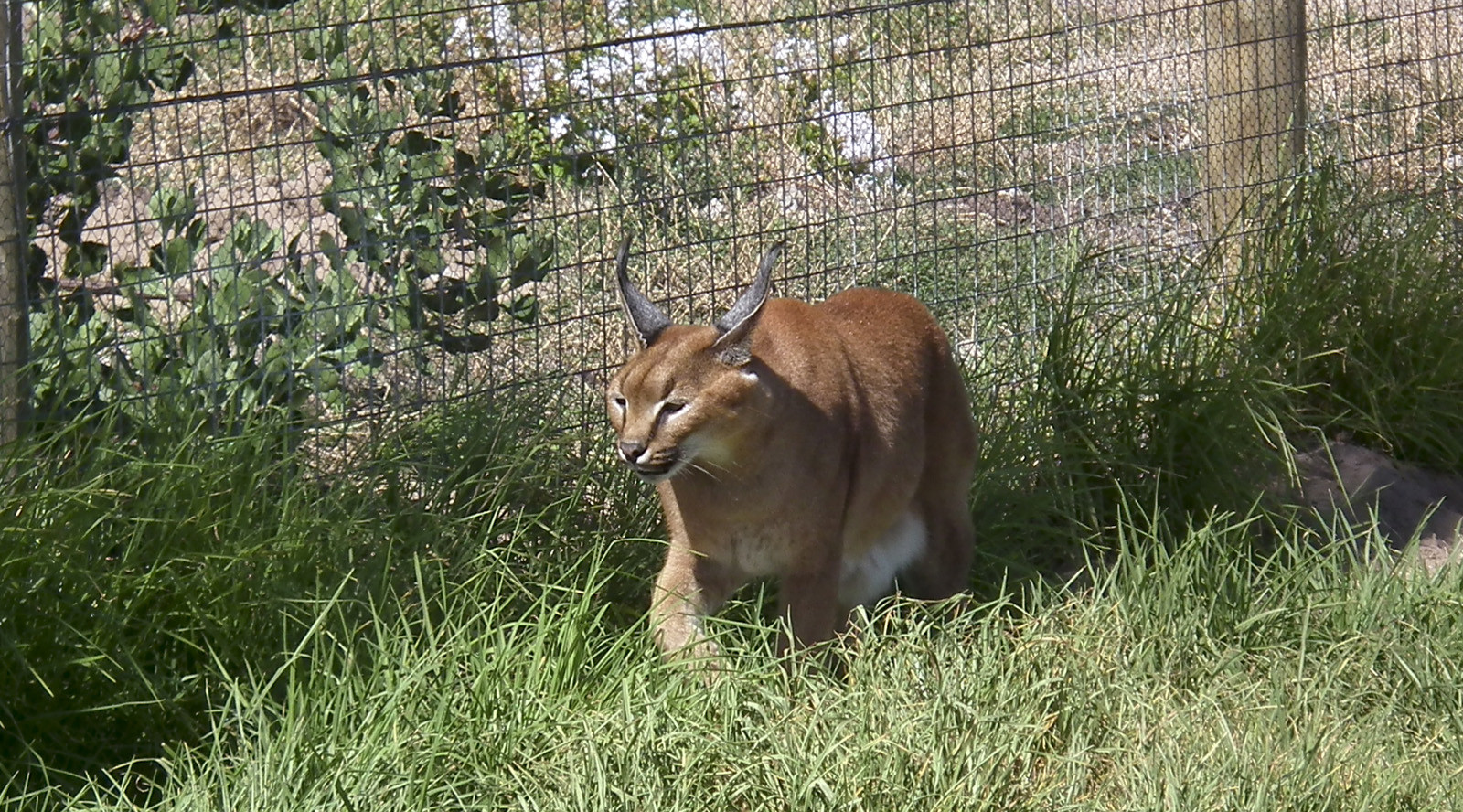 One of a pair of jackals: 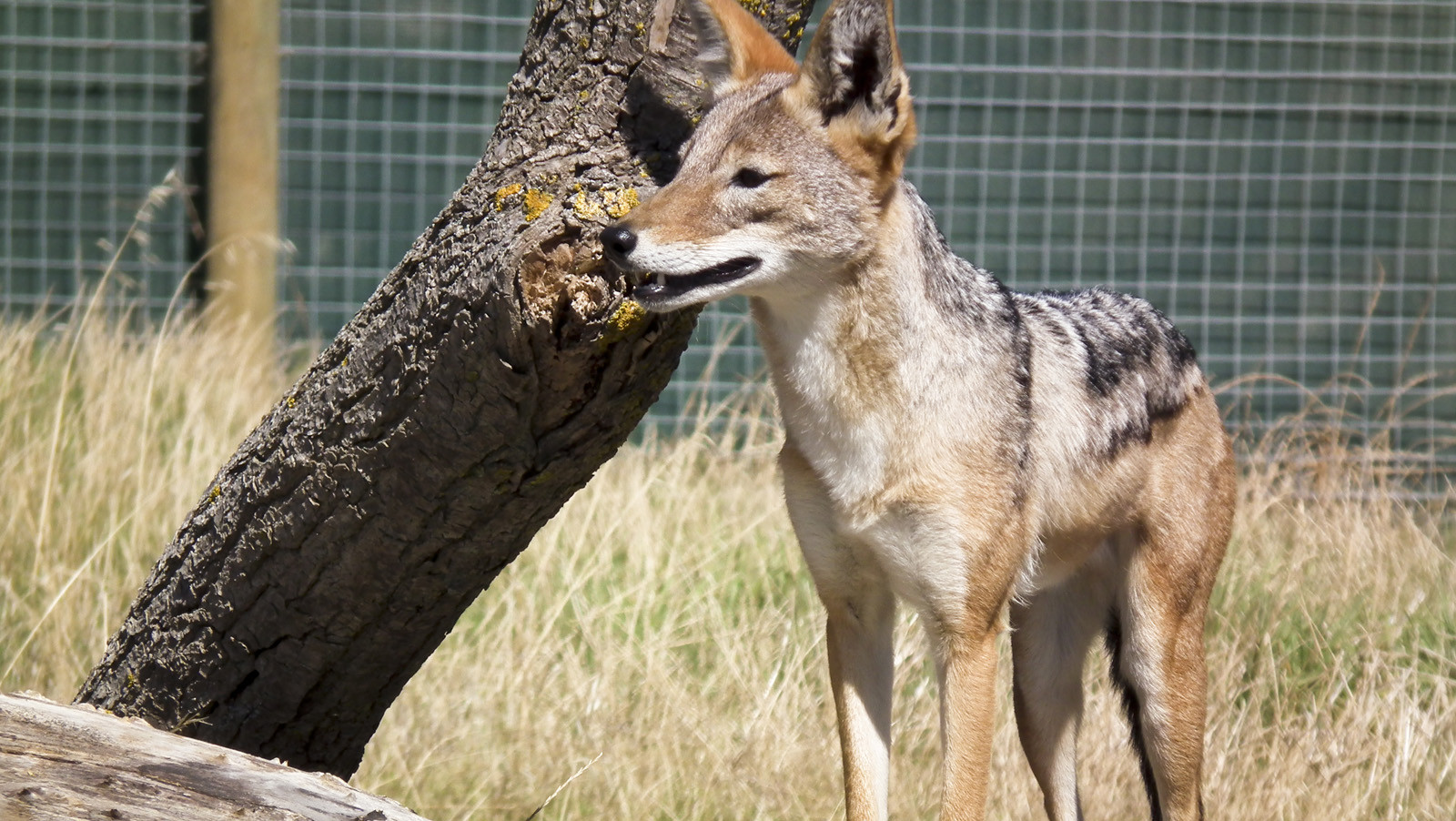 This is an Anatolian shepherd. They’re a very special dog in Cheetah conservation, and the outreach program at Paardvlei provide the dogs for one year, free of charge and with all husbandry paid for, to South African farmers to help them deal with predators in non-lethal ways. Cheetahs hunt in the daytime, and because the farmers find them at the same time as they find their dead livestock, the cheetahs get blamed – but it’s usually the other nocturnal predators that do the killing. The Anatolian shepherds help because they’re big ‘n’ brave and will fiercely chase off any predators. They’ll keep cheetahs safe by driving them off, keep the livestock safe by driving anything else off, and both the farmers and the cheetah conservationists will be happy 😀 You can read more about the program here – http://www.cheetah.co.za/an_description.html

A cheetah hiding in the shade: 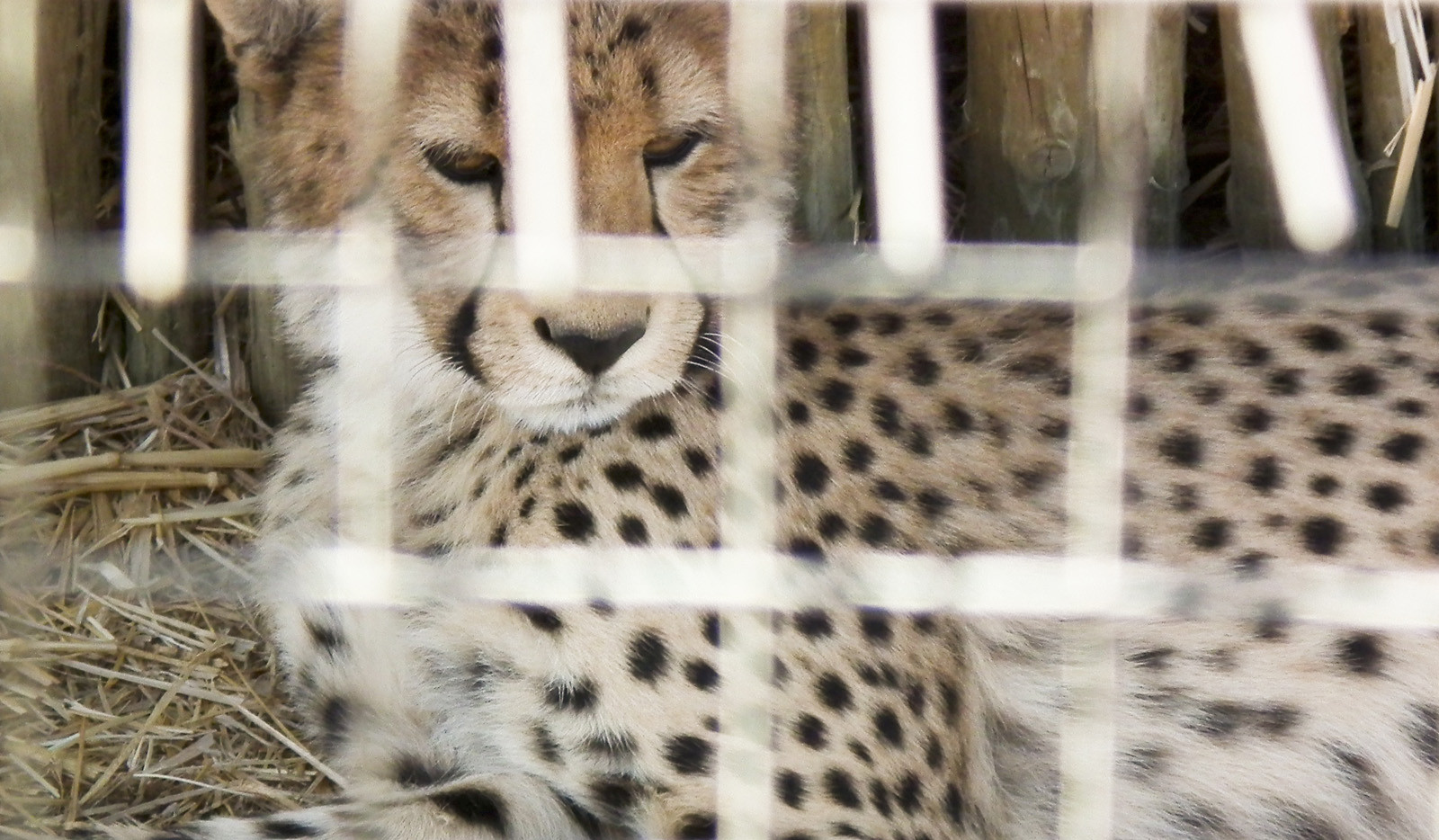 We meet Sebastian, the meerkat: 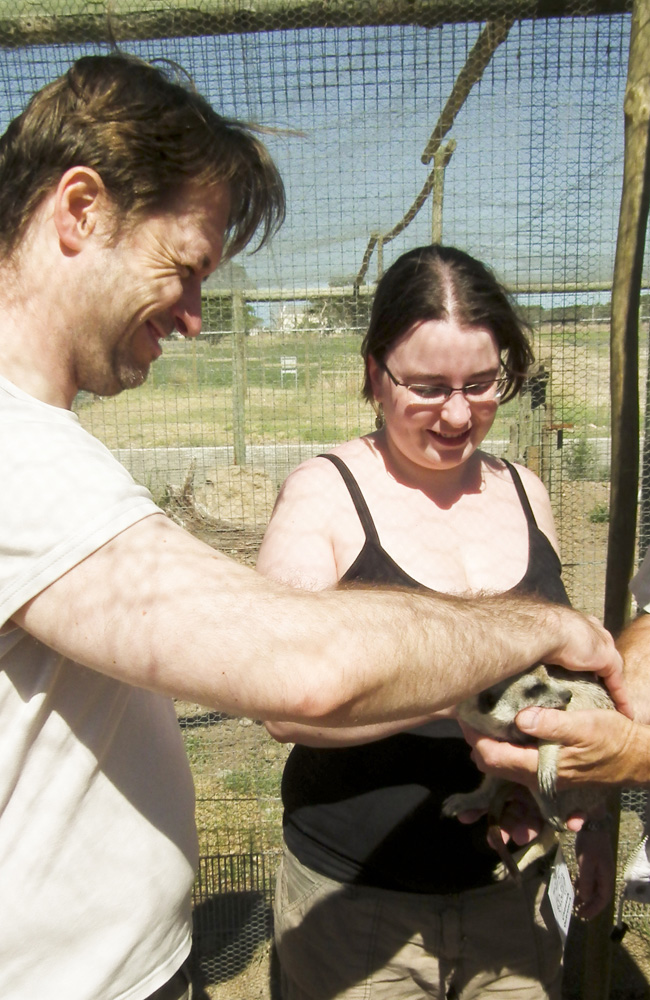 Sebastian checks out my shoes: 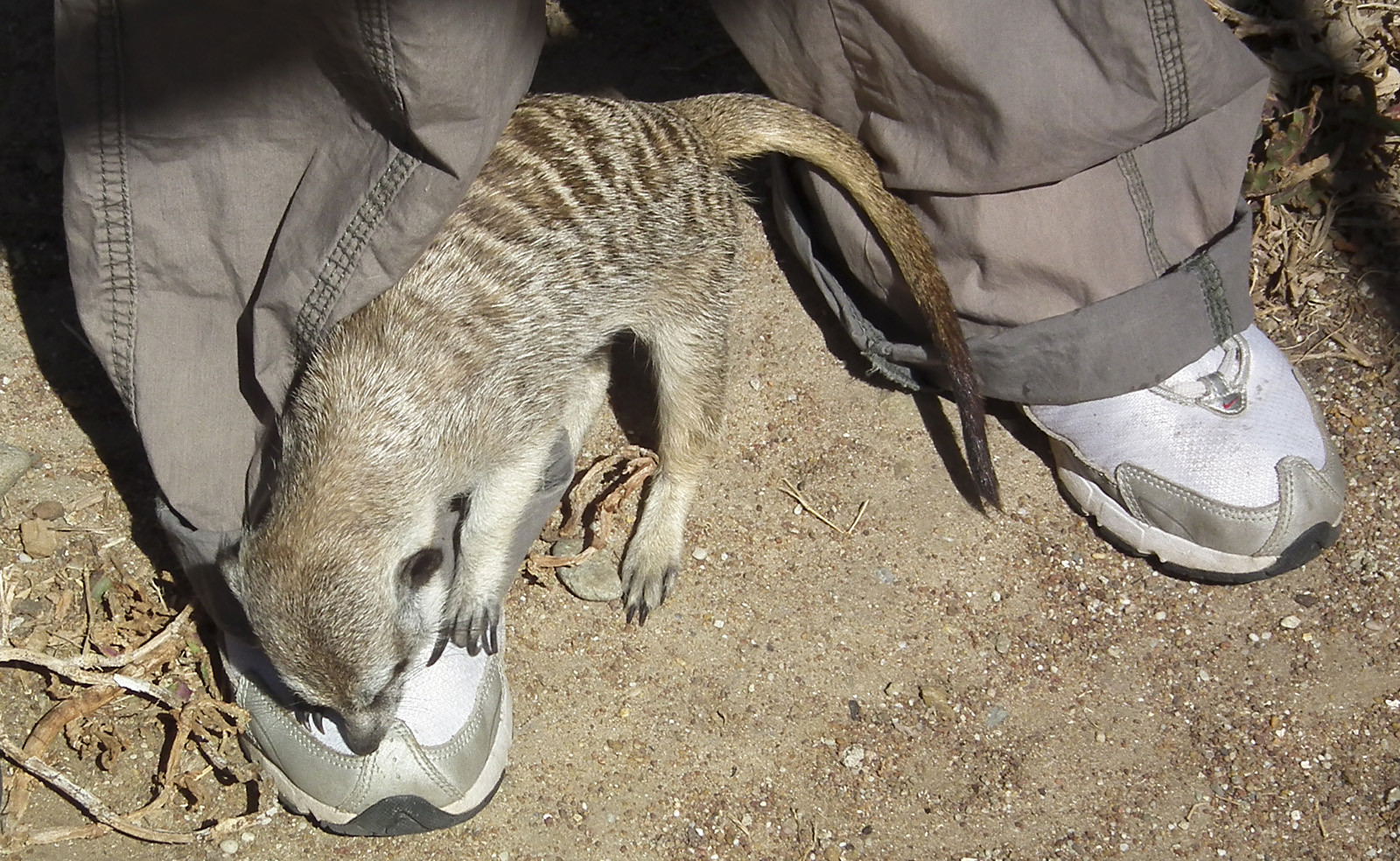 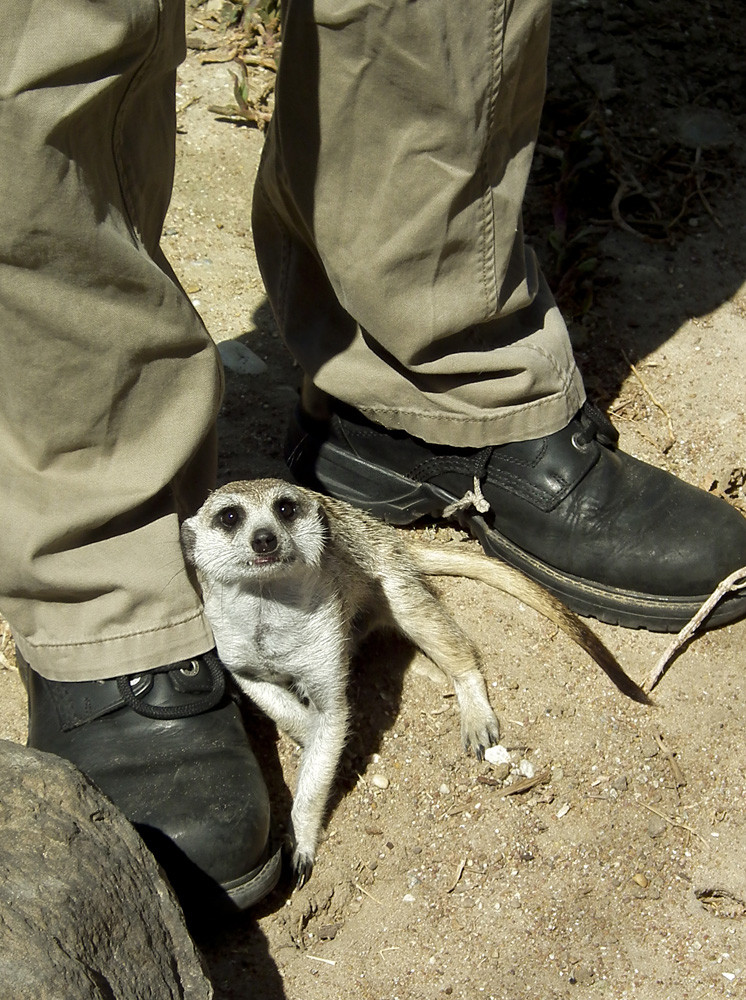 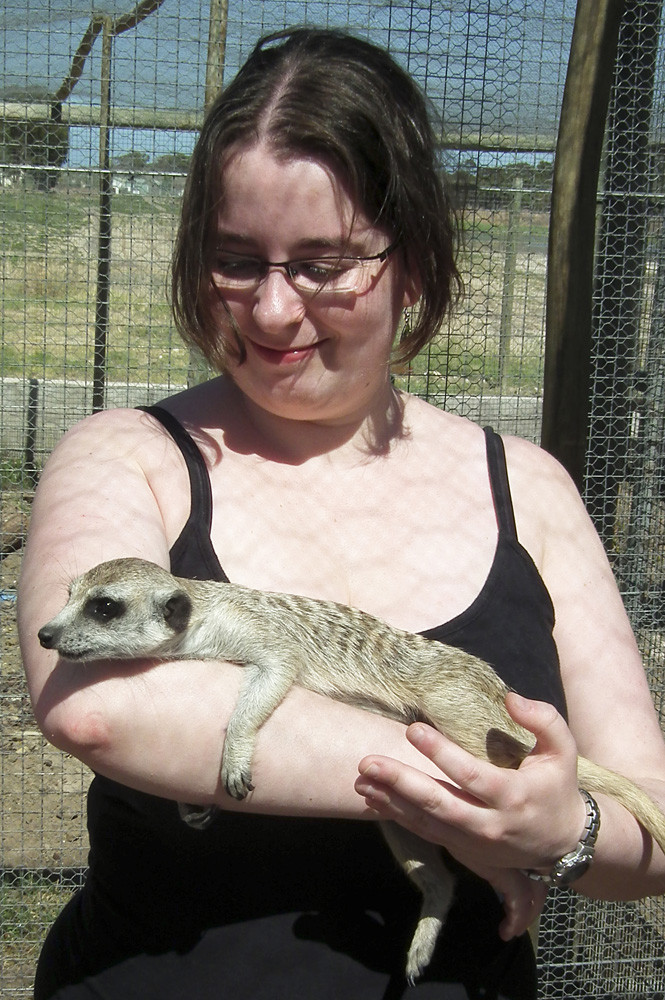 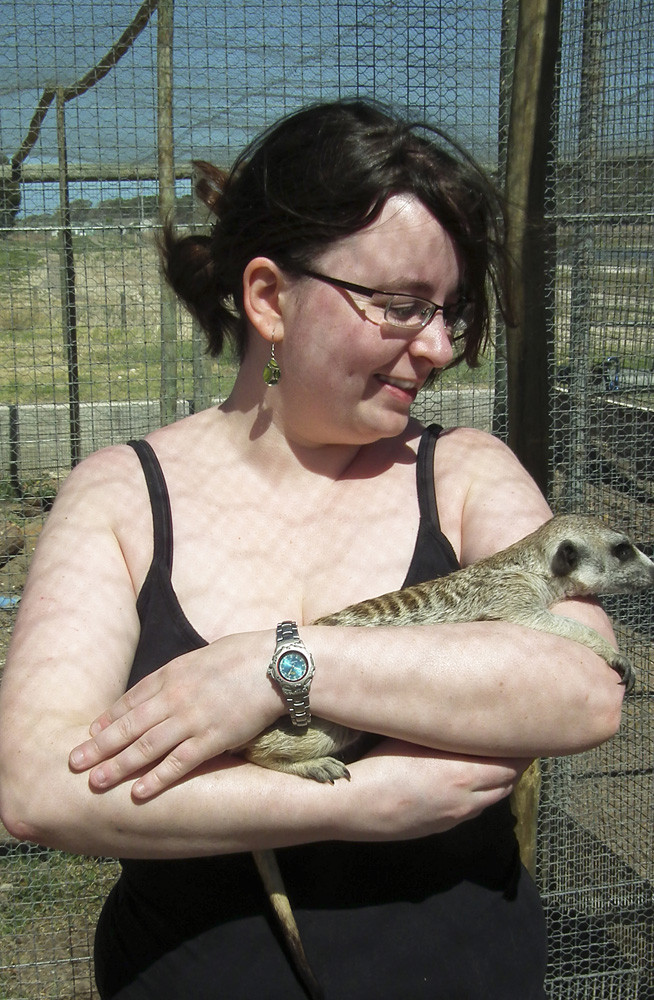 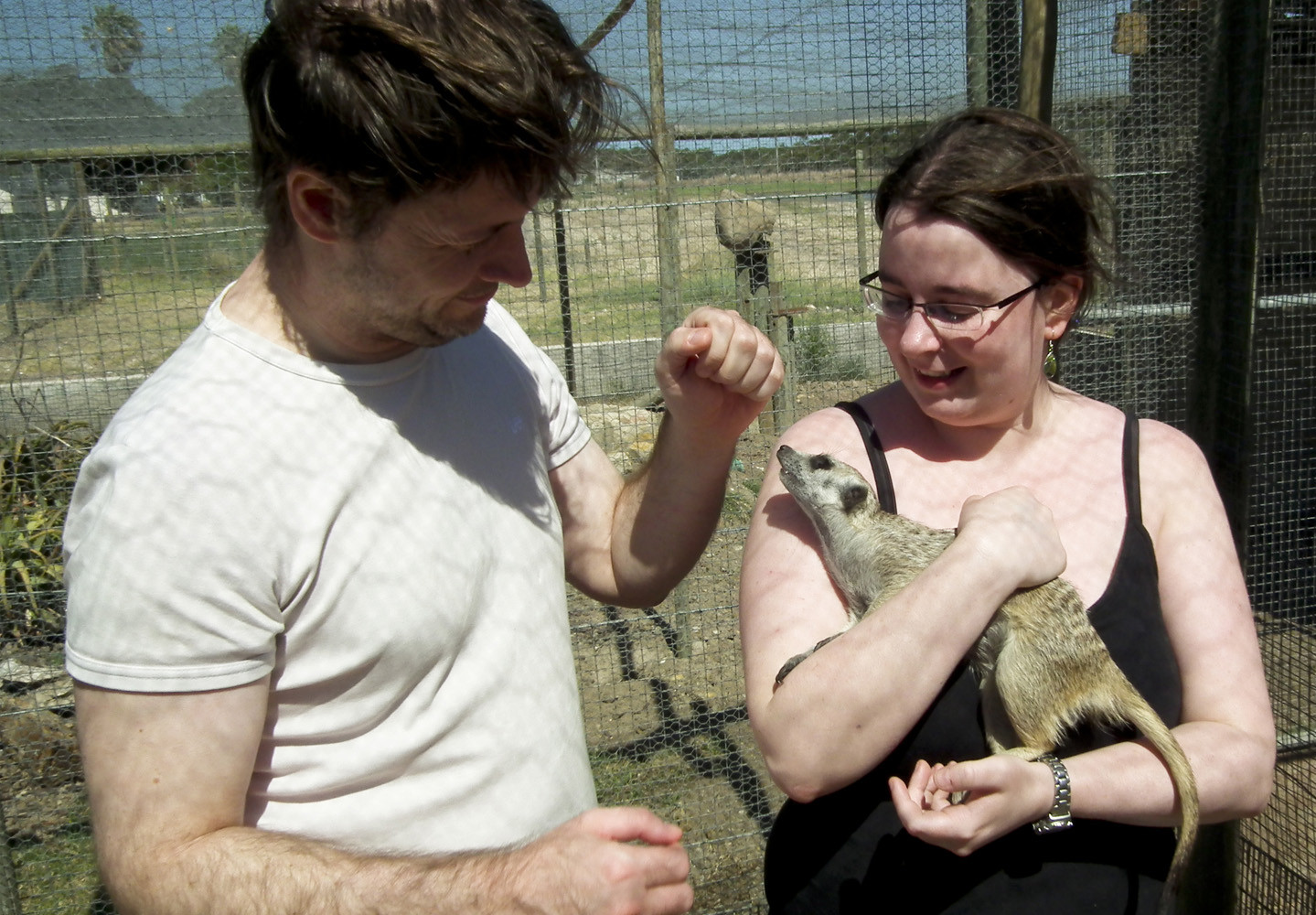 And then we meet Enigma, the smallest of their adult cheetah (and also the alpha); 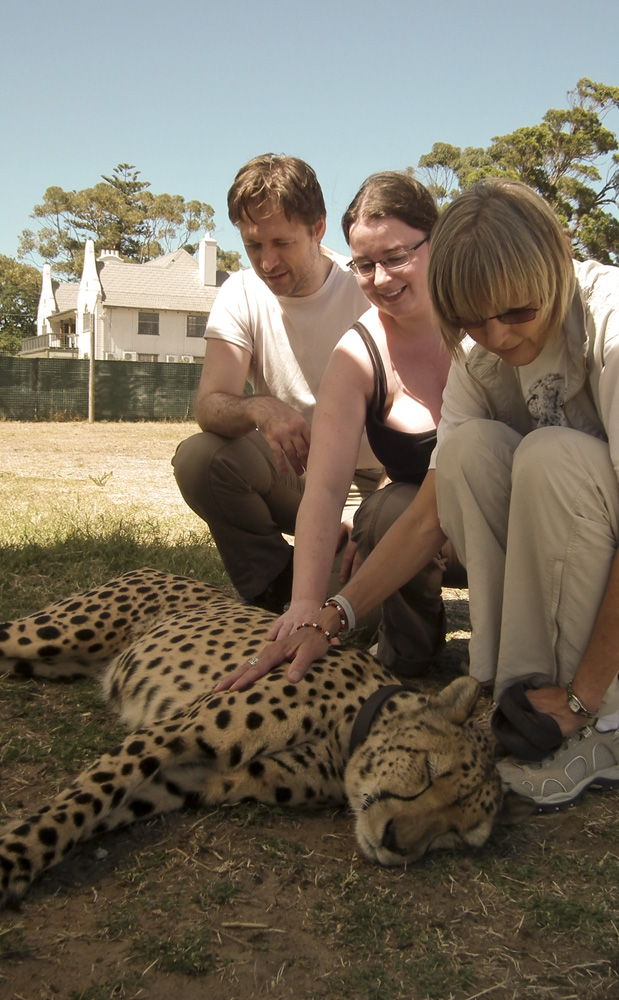 It was awesome. Will definitely go back again. 😀